Commentary on the UK's announcement to reduce emissions to net zero by 2050. 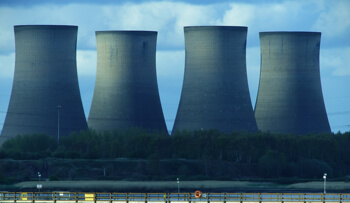 The UK Government has committed to being a net-zero emitter of carbon by 2050. Outgoing Prime Minister Theresa May said:

As the first country to legislate for long-term climate targets, we can be truly proud of our record in tackling climate change. We have made huge progress in growing our economy and the jobs market while slashing emissions.

Now is the time to go further and faster to safeguard the environment for our children. This country led the world in innovation during the Industrial Revolution, and now we must lead the world to a cleaner, greener form of growth.

Standing by is not an option. Reaching net zero by 2050 is an ambitious target, but it is crucial that we achieve it to ensure we protect our planet for future generations.

Although much of this move will be through in-country carbon reduction, it will also be achieved through the purchasing of carbon credits on the international market - hence the specific mention of "net zero" as the target. Greenpeace has already criticised this move, claiming that the burden is then transferred onto developing nations.

The Government has also been criticised for acting too slowly, and that 2050 is so far away that it's actually a very low bar to aim for.

Still, the UK becomes the first country in the G7 to make such a move, and we look forward to many other countries making such - and perhaps more ambitious - pledges in the months to come.